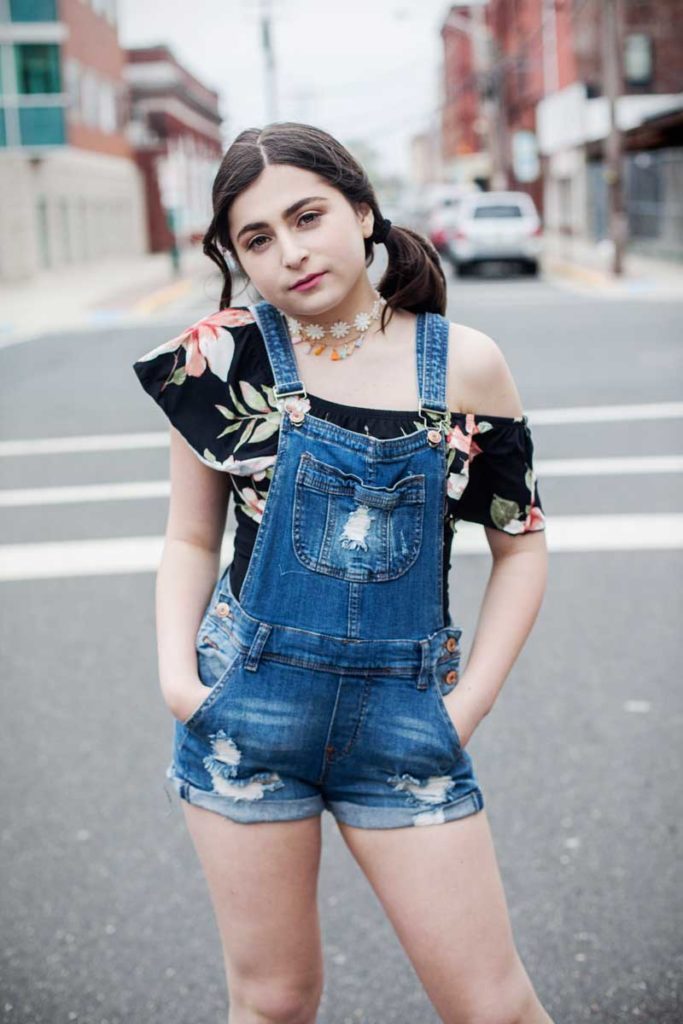 Rachel Arianna is a 14-year-old artist and anti-bullying youth activist from the NYC area whose mission is to raise awareness through music & activism. Her debut single is to be released Summer 2017.

At just 10 years old, Rachel started her Words Can Soar anti-bullying initiative after learning that a teen in her hometown had committed suicide. Rachel wanted to create a tribute to kindness and creativity because she too was being severely bullied every day. In sketching the concept for Words Can Soar she realized that healing begins through communication and that kids need to talk to each other and hear each other’s stories. Kids need to be heard. Wanting to empower others, she began her mission to create change through the arts. She collaborated with songwriters Marc Swersky, Brielle Brown, & Erin Alden to write her debut single, Imperfect, as a vehicle to inspire the communication kids so desperately need.

Rachel has been performing for 10 years and has appeared in national commercials, TV, movies, voiceovers, and off-Broadway. She decided to incorporate the arts into her program. She partnered up with Free2Luv, a non-profit 501(3) as a youth advocate. She has worked hard for her initiative raising over $11,000. Her events have ranged from local fundraisers at Rockin Jump, an eco-friendly mural painting at Hillcrest Middle School to working with full Broadway casts, to the national stage. In 2017 she was presented with the State Honoree award for community service for middle schoolers through the Prudential Spirit Awards. She represented Connecticut in Washington DC. She has been invited to leadership conferences, and has won the Clarence F. Heimann Award, the Halaby Award, and is a 2-time recipient of gold medals from the Presidential Awards in 2017.

Rachel hopes to use her music to spread her messages of kindness so that no one else will lose their lives to the bullying epidemic.

Heart to Heart Benefit for Free2Luv

School Mural with Friends about Kindness

“Rachel decided to take action and started the ‘Words Can Soar’ initiative,” Herbst said. “As a student of the arts, she realized that she can spread her message through the arts. She wrote the song, ‘The Choices You Make Today Will Pave the Way,’ which a winner at the L.A. Critics’ Awards.” READ MORE

How I Overcame Bullying: A 12-Year-Old Actress’ Inspiring Story

No images found!
Try some other hashtag or username